The first national workshop was held on November 21, 2021.

We purposefully invited the participants from the organizations that actively work on ICH elements. The priority was given to the governmental and non-governmental structures, which have produced tangible results on ICH. Based on these criteria, we have selected the following people to participate in the workshop:

In the framework of the workshop potential national collaborators were informed about the goals, conditions, and expected results of the project.

6 participants from the first year workshop expressed the interest to become national collaborators. Altynai Abetekova was replaced by her colleague Aidai Kudaibergenova.

These participants formed a network of national collaborators:

The training on entering new sources into the database took during the first National Workshop and was moderated by Gulnara Aitpaeva and Aiza Abdyrakhmanova.

The participants worked in groups and individually. Each section and column of the data entry sheets was carefully discussed based on concrete research sources.

Moderators suggested diversifying keywords in order to present an entering source broadly and from different angles. The participants considered a few approaches to select keywords like “from general to specific” and vice versa. Particular attention given to the columns on Authors and Research focus.

The main method of building the network of national collaborators has been to cover as many areas of research of ICH elements as possible. For this reason, it was decided to involve two more national collaborators in the network – philologist Kiyal Tajieva official from Kyrgyz Test, who was able to collect research material in the field of literature and traditional oral art, as well as Elmira Kochomkulova Director of Cultural Heritage and Humanities Unit Graduate School of Development, University of Central Asia, who was able to enter in the data entry sheets her own research on traditional music and traditions and rituals.

Both joined collaborators also received a little training on the enter of publications in the data entry sheets. 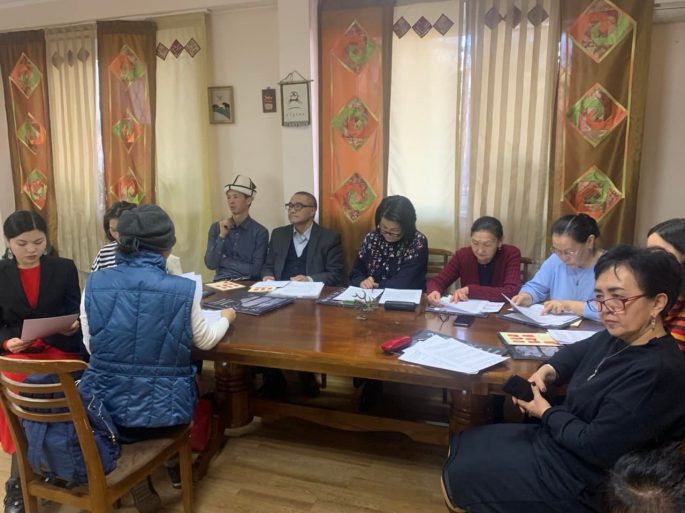