Aigine CRC organized a workshop and field trips from 31 July to 3 August.

The purpose of the workshop and field trips:

To achieve the goal, the following key activities were planned:

From July 22 to July 29, ISU and KNU students were selected to participate in the project. The selection at KNU was conducted by Oroz Soltobaev, archaeologist, candidate of historical sciences, teacher of KNU and project expert, at ISU by Zukhra Abdumanapova, candidate of philological sciences, associate professor of the Department of Russian Language and Literature of ISU.

The following people were selected to participate in the workshop:

The dates of the workshop were agreed upon with the main experts of the project, archaeologist Soltobaev Oroz and official of the Ministry of Culture of the Kyrgyz Republic Zholdoshov Chynarbek, as well as traditional knowledge specialists Zhumagazy Sadyr uulu and Chynara Seidakhmatova.

Soltobaev Oroz, Zhumagazy uulu Sadyr, Seidakhmatova Chynar and Zholdoshov Chynarbek presented lectures based on a preliminary study of Ak-Bulun petroglyphs. The discussion was raised by questions of terminology accepted in classical archeology and used by Kyrgyz spiritual practices.

The documentary film “The Mystery of Petroglyphs”, created by the Aigine CRC was shown at the end of the workshop. 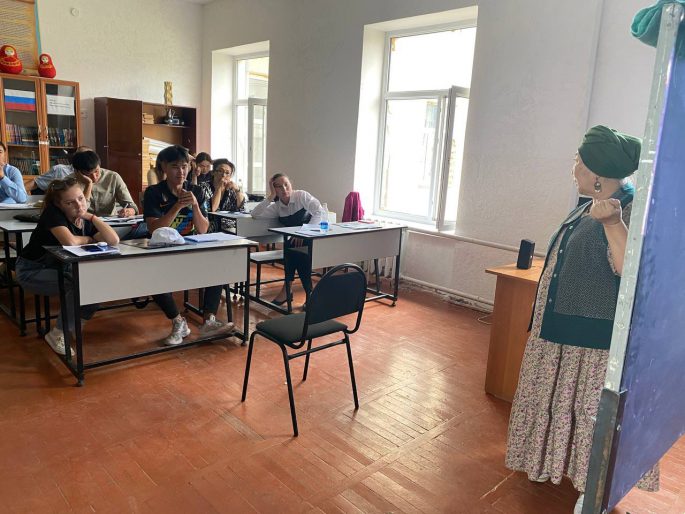 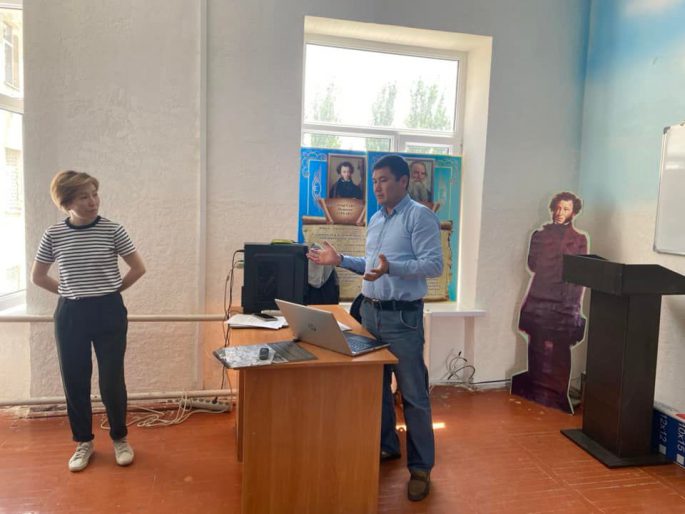 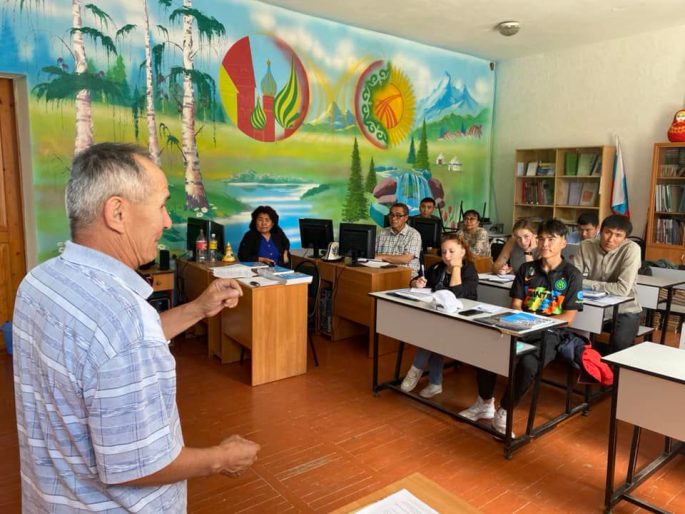 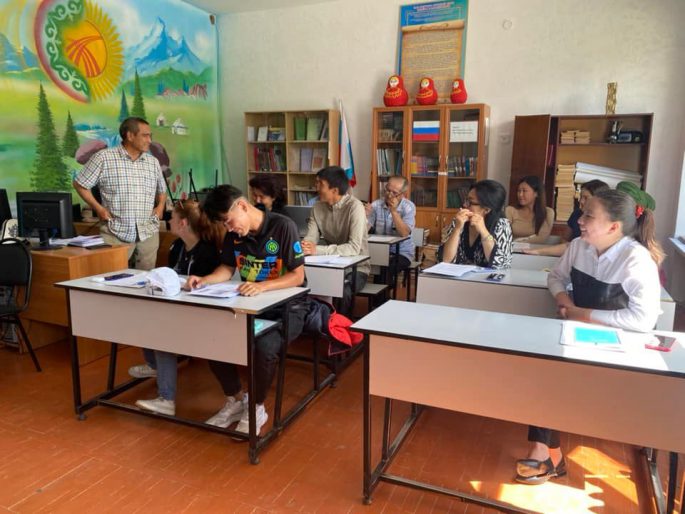 According to the general impression of the participants, the workshop and field trips were successful, with almost all tasks being achieved.

On the workshop: the first difficulty we encountered was to attract the attention and interest of the students to work in the field. Abdumanapova Zukhra, lecturer at ISU, showed great interest in research, and actually became a member of the group.

Four of the 10 students who took part in the workshop showed a particular interest in field research and study of petroglyphs and the process of stamping. This result, we consider as moderately successful.

Discussions of ideas for future multimedia results of the project: ideas for an online platform about the historical and archaeological sites of Ak-Bulun and ideas for visualizing the process of certification of archaeological sites, planned within the framework of the workshop, were postponed to the next workshop. Taking into account the general level of preparation of the student group, the project team focused on topics that were more necessary for practical work. In particular, classical archaeological definitions and their corresponding traditional terms were discussed in detail. Discussions of the multimedia results of the project are postponed to the next workshop, when all materials from the field trips will be presented.

At the end of the three-day work, students received certificates of participation in the workshop and  small scholarships.

Based on the results of the workshop, the experts and the project coordinator came up with the idea to hold a workshop in the village of Ak-Bulun with the participation of the villagers and employees and leaders of the local government. The purpose of the planned workshop is to raise awareness of the local population about the importance and necessity of preserving historical and archaeological monuments located near Ak-Bulun complexes of petroglyphs, boulders and mounds. 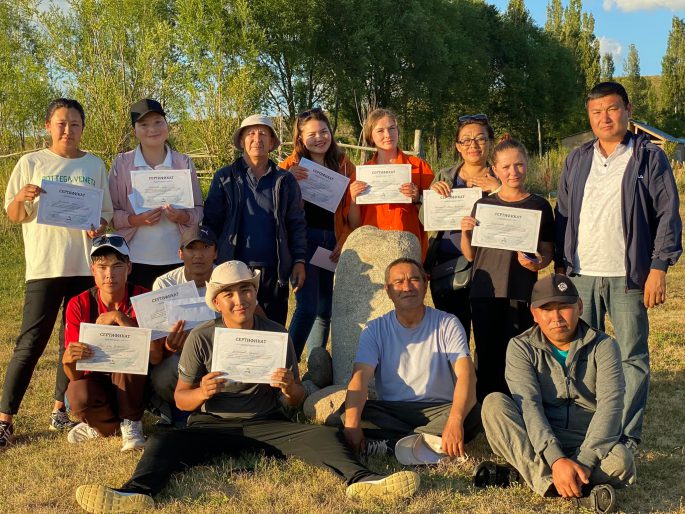 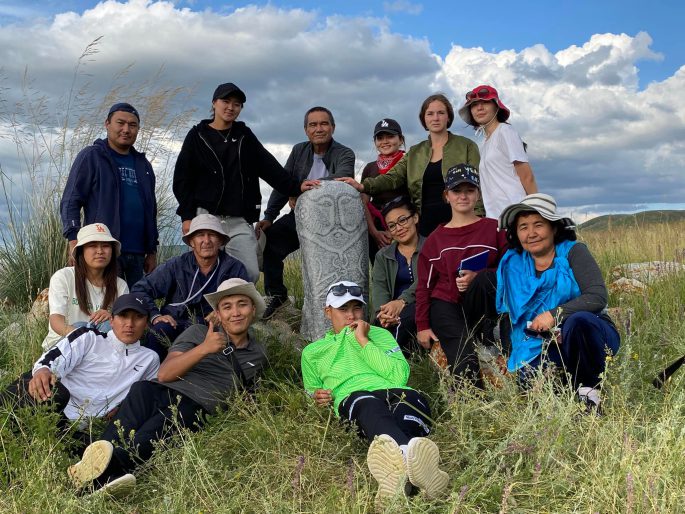