Skip to content
Home
|
Video compilation of the third part of the epic trilogy, the Seitek epic (2013)
Blog

Video compilation of the third part of the epic trilogy, the Seitek epic (2013) 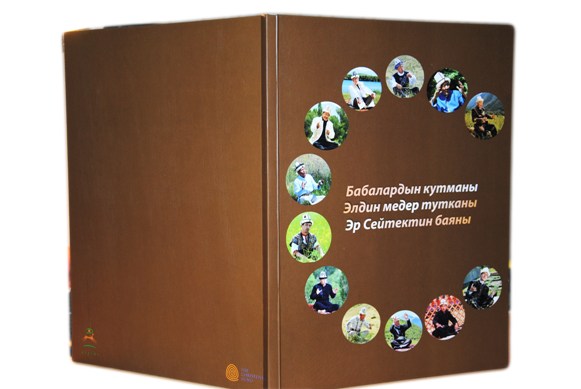 The goal of the project is to compile full video recording and form complete traditional version of the Manas epic narrated by contemporary manaschys ( epic reciters).

The video version consists of 35 key episodes that make up the core of the Seitek epic – Seitek is Semetei’s son and gradnson of Manas. The list of episodes was composed and approved by manaschys themselves. Narration starts from Aichurok’s (Seitek’s mother) being taken hostage and ends in Seitek’s death.

It is a 16 hour-long epic chanting recorded on two-layered DVD discs. The discs are accompanied by a broschure consisting of each manaschy’s story related to reciting the Semetei epic. 12 currently active and recognized manaschysparticipated in the video recording and each manaschy recited several episodes of their choosing.

This video compilation was formed at the initiative of the Aigine CRC with financial support of The Christensen Fund. The process of video compilation lasted for three years and was completed in the winter of 2013.