Director of the Aigine CRC Gulnara Aitpayeva takes part in the UNESCO International Conference on Cultural Policies and Sustainable Development. The event takes place in the capital of Mexico, Mexico City, and brought together about 2 thousand participants from more than 200 countries.

The purpose of participation in the event taking place in Mexico is an included observation in order to acquire knowledge and contacts for entering the field of the 2005 UNESCO Convention on the Protection and Promotion of the Diversity of Cultural Expressions. Kyrgyzstan, represented by the National Commission for UNESCO, plans to ratify the 2005 Convention. 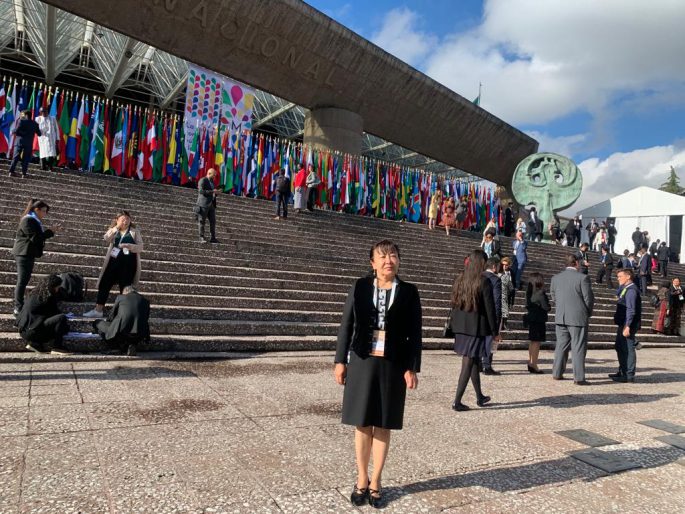