The main goal of the meeting was to discuss the progress of the “Secret Power of Petroglyphs” project, where practitioners, who were involved as experts, shared their thoughts, impressions, reflections and inner feelings after field trips to the petroglyphs of the Issyk-Kul region. The project team, in turn, spoke about  plans for the implementation of the next stages of the project.

During a friendly discussion, Dr. Apela Colorado expressed her belief in the importance of the contribution of traditional knowledge of the Kyrgyz people to the study and understanding of the nature of petroglyphs, since in the depths of the consciousness of indigenous peoples lies a huge storehouse of knowledge about the universe and an inextricable connection with it.

Aigine  CRC and WISN have been fruitfully cooperating since 2007 and have successfully implemented a number of projects aimed at supporting, developing and preserving traditional practices, as well as building a network of traditional indigenous practices around the world. 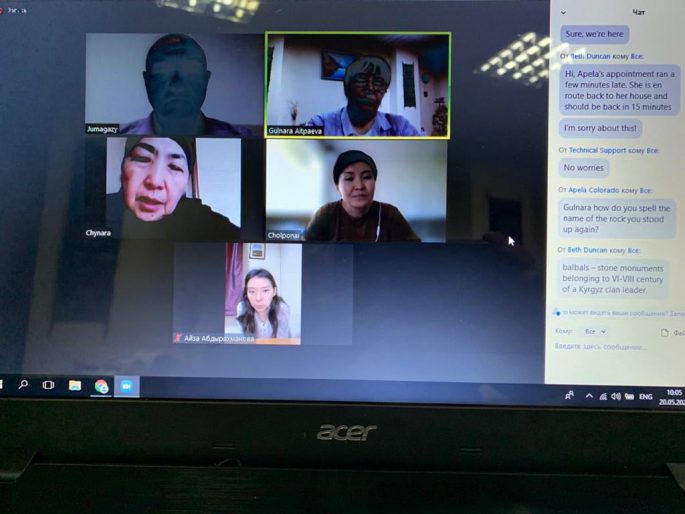