Skip to content
Home
|
On 17 May 2021, Aigine CRC moderated the third meeting of the Ad hoc Group on Article 21 of the ICH NGO Forum Bylaws
Blog

On 17 May 2021, Aigine CRC moderated the third meeting of the Ad hoc Group on Article 21 of the ICH NGO Forum Bylaws

May 18, 2021 by admin
The main focus of the meeting was to discuss the second draft of the working document with questionnaire prepared by representatives from Western European and North American states and Latin American and Caribbean states. Each point of the document was thoroughly discussed, especially the nature of conflict of interest. The pre-final draft of the working document is to be prepared within the course of the following several weeks and the group will come together for their next meeting on 28 June 2021.
The purpose of the group is to conduct consultations on article 21 and draft a working document to be distributed to all accredited NGOs, who are current members of the ICH NGO Forum under the UNESCO 2003 Convention on Safeguarding ICH. The Ad Hoc Group is comprised of representative from each electoral region, as well as one representative from international NGO. Aigine CRC represents the Asia-Pacific Region in the AdHoc Group. 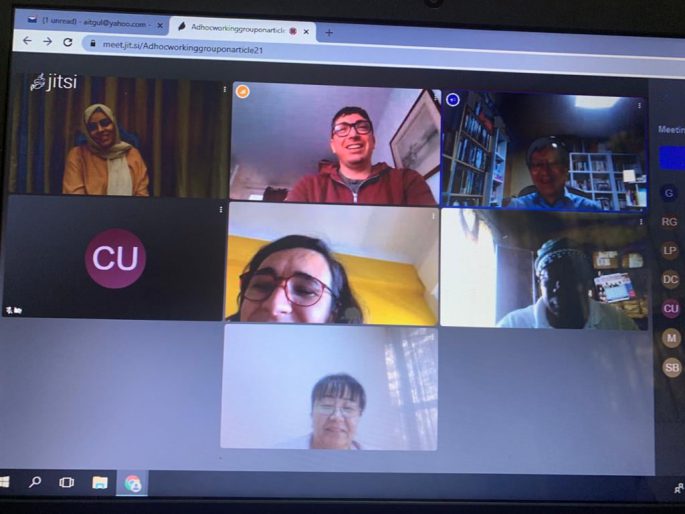