On February 18  at the Aigine CRC, director Ernis Abdyzhaparov made a lecture “What is corruption and how to fight it”. The report provided a brief historical overview of the state systems in which the Kyrgyz lived and suggested that the departure from the Kyrgyz indigenous system of norms and values ​​laid down corruption schemes. At the same time, using examples from the Manas epic, the director showed how corruption arose within the community of the Kyrgyz themselves. The speaker suggested a way of pre-trial agreements with the payment of the necessary fines and duties as one of the ways of a corrupt, but more humane solution to criminal situations. He proposed to create a pilot “traditional reserve” where the problems of corruption will be solved at the expense of the very model of life.

The discussion was attended by legal experts and anthropologists from Hungary and Germany, as well as local activists. Tilek Toktogaziev shared his experience of dealing with corruption in the Ministry of Agriculture and defined corruption as a “barrier on the road.” He highlighted openness, digitalization and the elimination of monopoly rights as the main ways to fight corruption.

The main contradiction that emerged during the discussion is what ways to fight corruption. The supporters of traditionalism, like the speaker, adhere to the position that a return to traditional norms and values ​​will ease the acuteness of corruption problems. The advocates of legal solution of crimes put forward a number of arguments calling into question the realism of the “traditional reserve” model and overcoming corruption through moral imperatives: globalization, technologization, and diversity. At the same time, Ernis Abdyzhaparov stressed that all participants talk about the same problem from different sides.

At the end of an emotional and intense meeting, the participants came to a fragile conclusion about the possibility of combining traditional and modern methods in the fight against corruption. 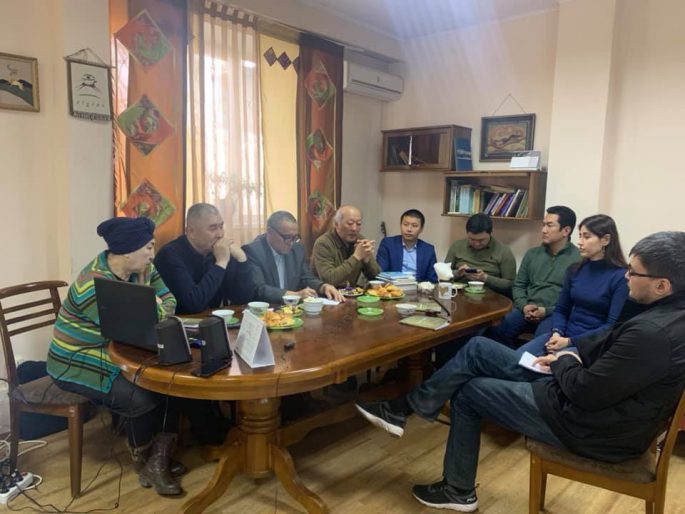